What does our webcam-based eye tracking data look like?​

This one data point describes the (x, y) coordinate where the participant is looking at time 2000 (i.e. 2 seconds after the trial started). We collect about 15 to 20 of these data points per second, so over a long period of time, we have a large amount of data. When all these data points are plotted, we get an image like this, for example: 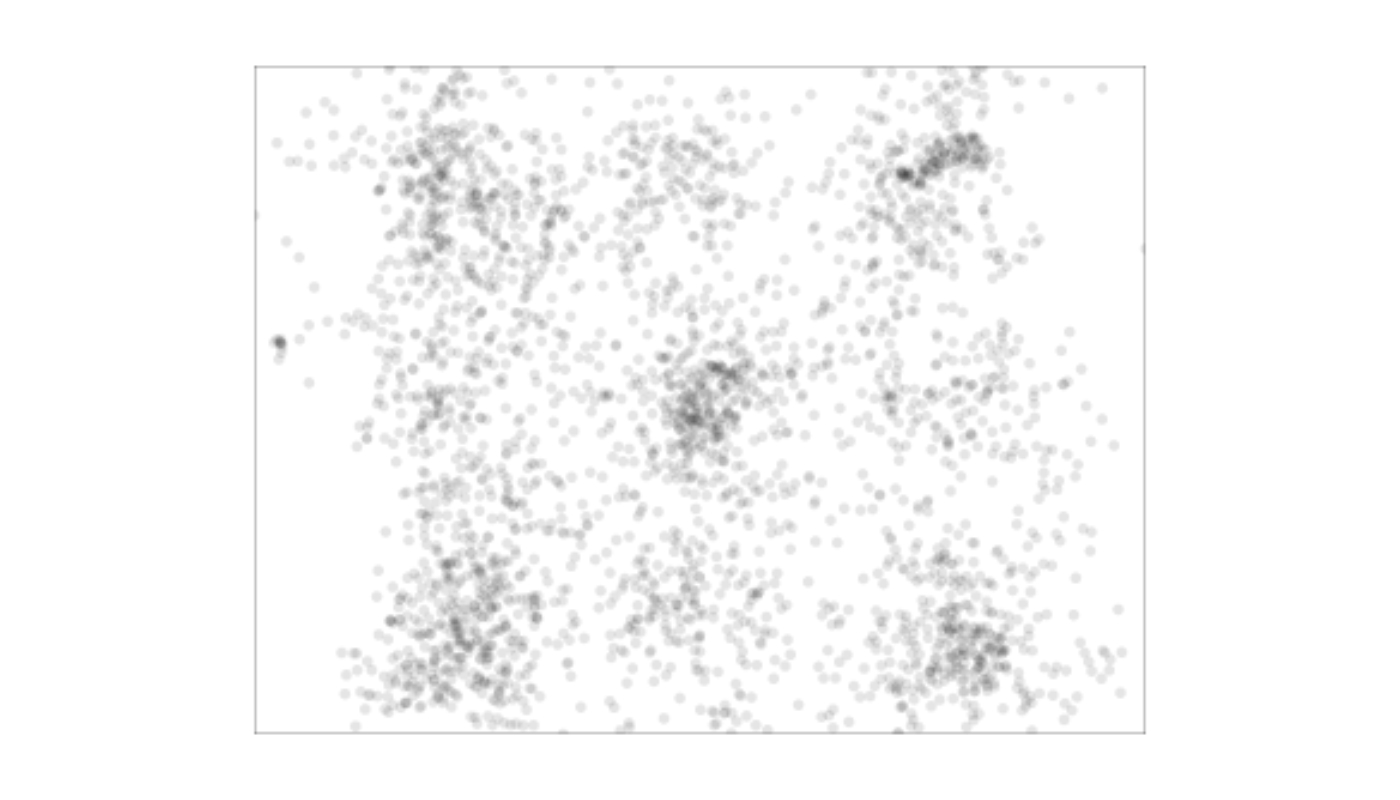 In the webcam-based eye tracking data, two events can be distinguished: fixations and saccades. In fixations, the eyes do not move. In this case we assume that the participant looks at something (fixates). The coordinates of the data points are then all close together. Saccades are the sequences between fixations in which the eye moves and the gaze moves from one fixation to the next. Did you recognize the fixations in the image from above? They could be marked something like this: 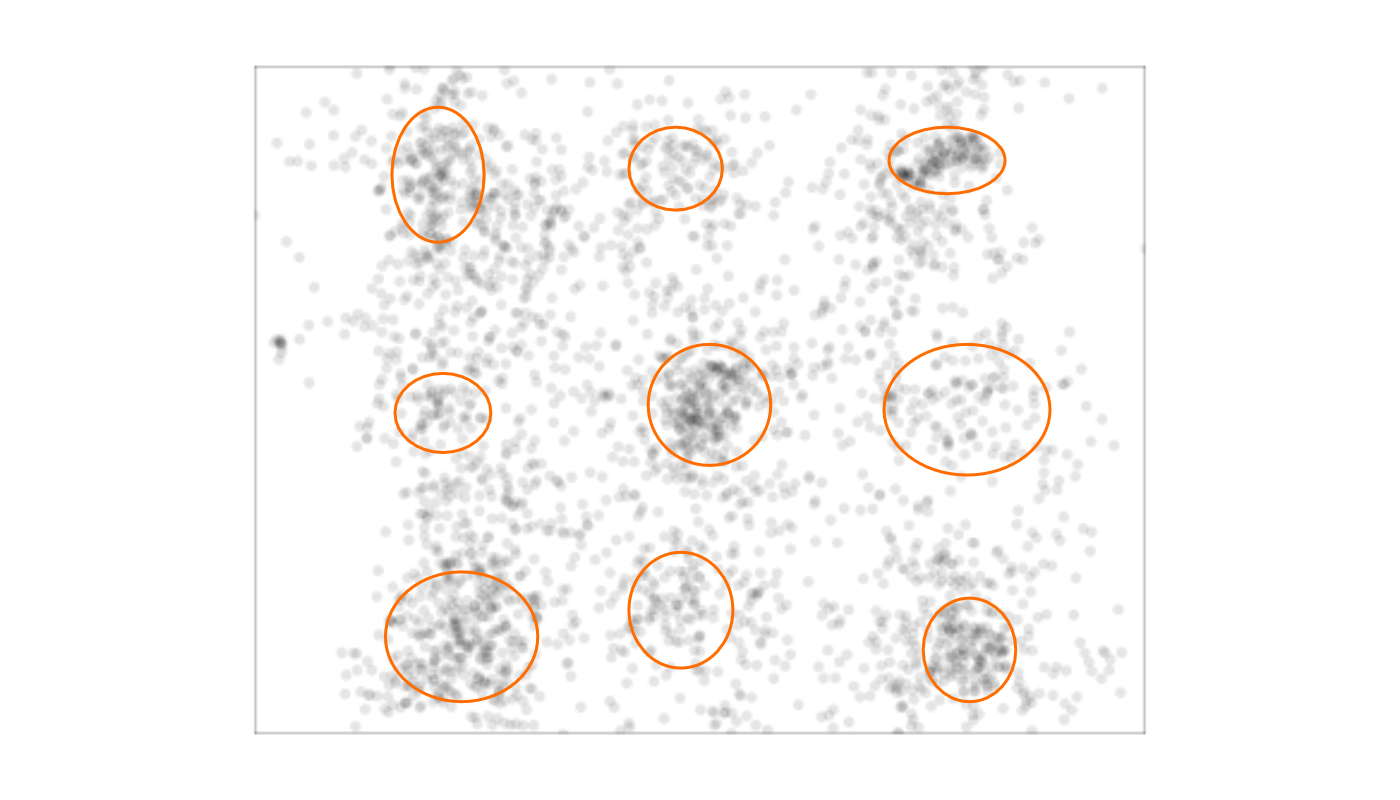 The data comes from a study where the participants were asked to look at the different areas of the screen. The study process can be understood very well by looking at the fixations and saccades over time. 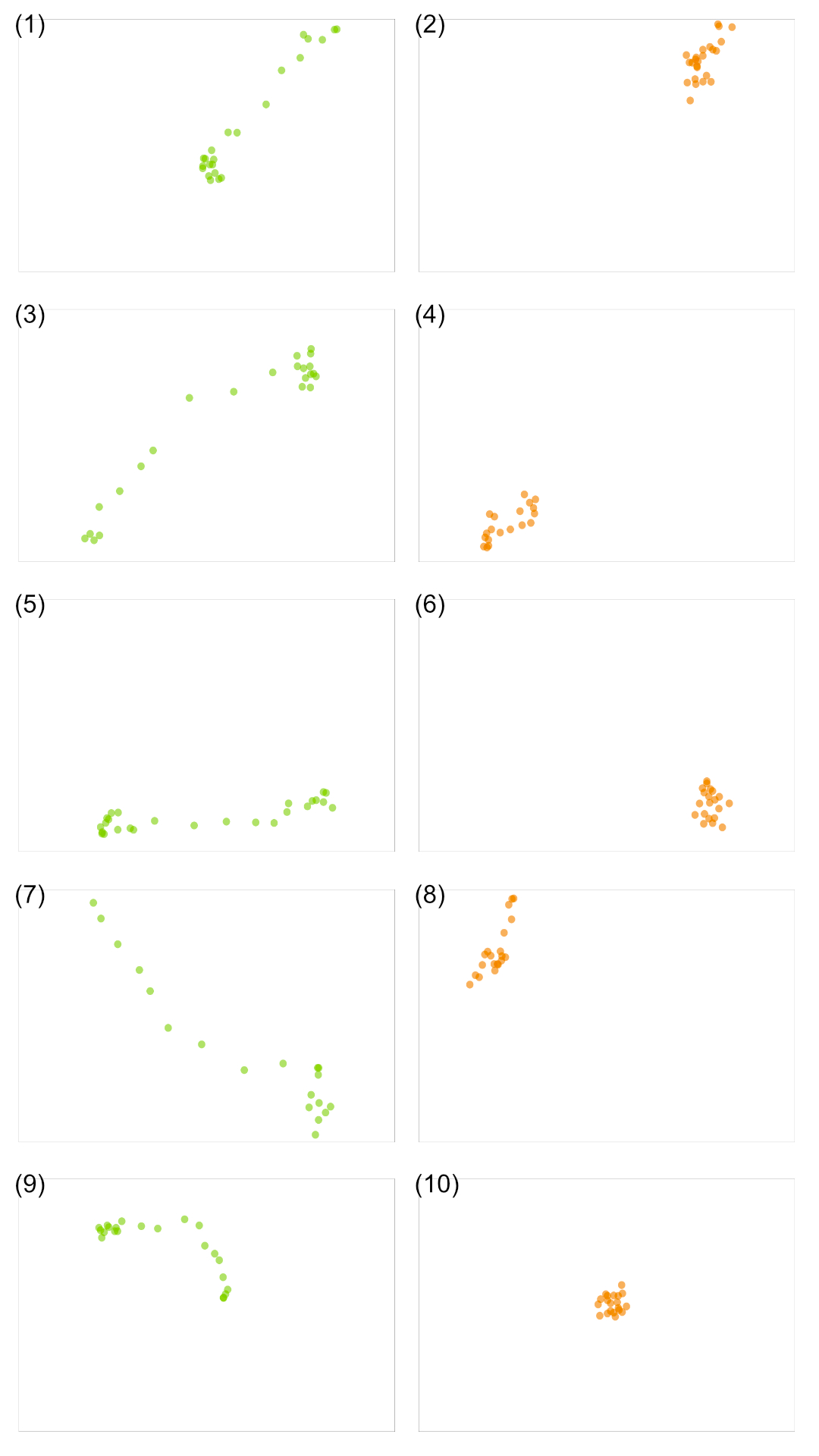 The green dots represent the saccades and the orange dots represent the fixations. The numbers indicate the order in which the data points were collected in that session of a participant. Thus, you can see that the participant started in the center of the screen (1), then looked to the upper right (2), then completed a saccade to the lower left (3) corner, which was followed by a fixation (4). Following this pattern, the participant looked at the different areas of the screen.

Why are these events important?​

As you can see in the above example, fixations and saccades can be used to infer how a participant looks at something on the screen. It can be traced in great detail in which order and for how long something is looked at. From this, important conclusions and insights about the behavior of the participants can be gained that cannot be obtained from other tracking data.

We have seen what webcam-based eye tracking data looks like and how one can distinguish fixations and saccades in a set of such data. These elementary eye events allow concrete inferences about the behavior of the study participants.